Skip to content
A Subsidiary of NC Rural Center

Pridgen’s family has been a part of Eastern North Carolina for centuries. She is the ninth generation to work on the family’s Greene County farm, Rainbow Meadow Farms. (Her children and grandchildren make generations ten and 11.)

Over the decades, Rainbow Meadow has grown tobacco, corn, and soybeans, as well as livestock such as cows, pigs, turkeys, lambs, chickens, and eggs from laying hens. Changes in farming practices and the economy affected the family in various ways, but Pridgen had long wanted to do more with the farm’s meats. “It was always our dream to be able to have a value-added facility to be able to carry things from the farm to the table,” she says.

She tried to start partnerships with slaughterhouses to make products such as gourmet sausages, but she kept running into walls. “I was really frustrated with knowing I had good ideas in my head, but not being able to get them executed,” she says. “I couldn’t get those things done for me at the slaughterhouses, or I couldn’t get a quality, consistent product. I needed my hands in the pot, so to speak.”

Pridgen began to put plans together to start a butcher shop, with the support of her family. But her sister, who was going to be a partner in the business, passed away suddenly nearly a decade ago. Pridgen shelved the plans. “I didn’t have the willpower to pull it off,” she says.

Eventually, with her mother’s encouragement, Pridgen decided to create her dream business, Whiskey Pig Craft Butchery and Deli. “My mom is a retired schoolteacher. She didn’t have to do this, to go out on this limb,” Pridgen says. “I was kind of scared. But we took this leap. It’s been over 50 years since there’s been a real butcher shop in Kinston.” 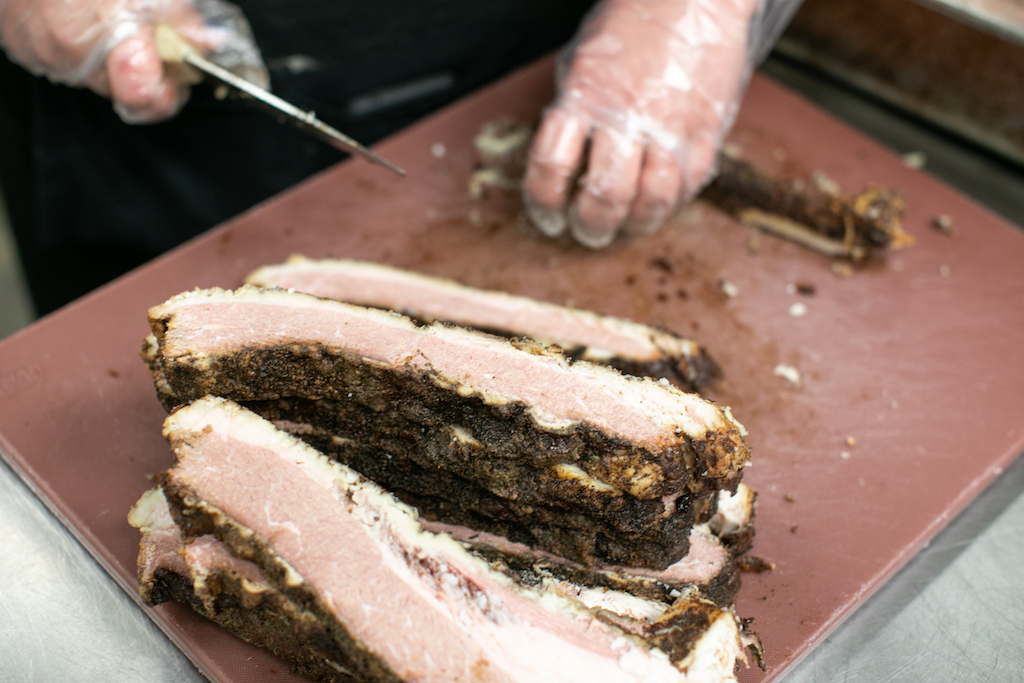 The business opened in 2018, with the help of a loan from Thread Capital, which provided start-up support for costs including renovation work inside the restaurant space. “It always takes more than you think, starting a place up, and it takes longer,” Pridgen says. “The expenses are tremendous.”

Although Whiskey Pig’s menu at the grab-n-go station rotates based on the seasons and what Pridgen needs to move from the farm, it does include a few staples: smoked brisket and pecan-smoked barbecue by the pound. And then there are the sides: rich, flavorful dishes inspired by the family’s favorite dishes, things like squash casserole and loaded mashed potatoes.

“We had to compete by flavor,” Pridgen says. “Everything we did had to be better than everybody else’s.”

The business started to gain customers. But it wasn’t easy. Pridgen had to work to overcome misperceptions about whole animal butchering—including costs and preferences toward certain cuts of meat. “I think there’s a sticker shock from locals who are used to getting cheap, unflavorful meat. If the cow was all ribeye, I might be rich,” she says with a laugh.

There are also products that she knows will be popular—charcuterie and pâté, for example—once they catch on. Her staff works to educate customers about new flavors. “We try hard and we do some unique things.”

The business suffered a setback—a dip in business caused by a combination of nearby flooding in Eastern North Carolina and a dip in beach-bound tourist traffic—in 2018, just as it was hitting its stride, when Hurricane Florence hit North Carolina. But Pridgen is undeterred. On a recent afternoon, she paused from a busy shift in the kitchen.

“We have a thousand things to make,” she says, and then rattles off a mouth-watering list: “Apple cinnamon bread pudding, seven-layer espresso chocolate buttercream cake, chicken tetrazzini, meatloaf, we’re smoking chicken, smoking all kinds of sausages, and searing pork chops with a caper sauce.

“Everybody loves what we’re doing.” 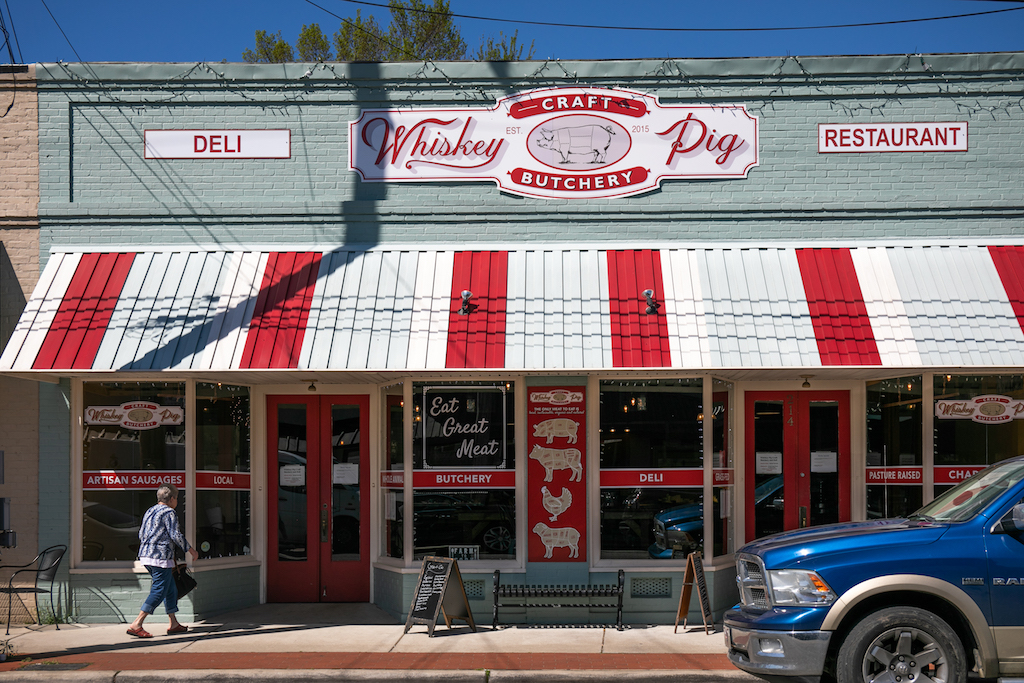 For more information about Thread Capital’s Small Business program, reach out to the team directly by email: connect@threadcap.org.